December 2007: At the Footloose themed Sitewire Holiday Party, Reachel and Andrew, actually mostly Andrew, got to step out some amazing dance moves. The choreography became particularly brassy once the couple realized that the rest of Andrew's coworkers were sufficiently inebriated. Towards the end of the evening, some attention was garnered as Andrew was challenged to a dance off. The crowd parted, his opponent fiercely threw his water bottle aside, and the sound of "Thriller" echoed the crowds heartbeat. Words are insufficient to describe the rest, but Reachel wishes everyone could watch Andrew dance on a regular basis. It brings such joy and happiness to her heart. 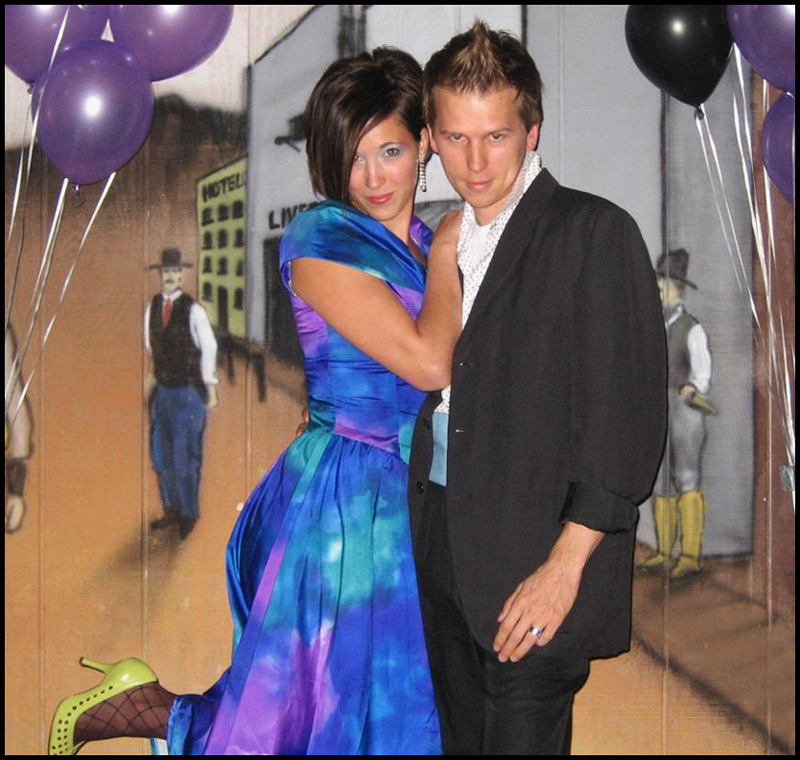