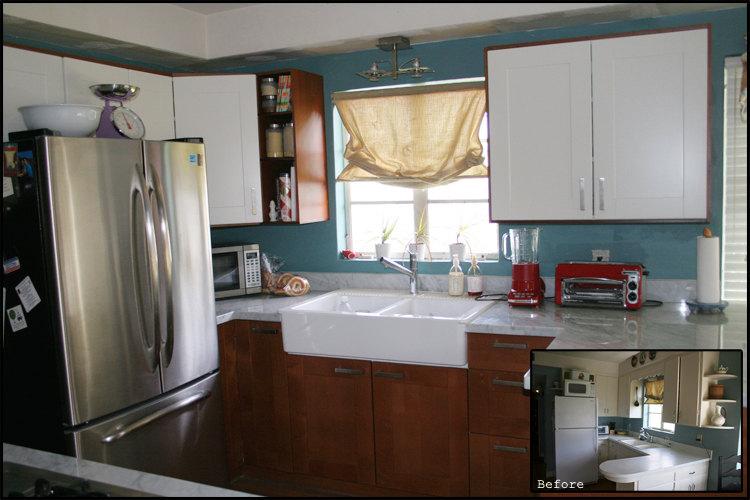 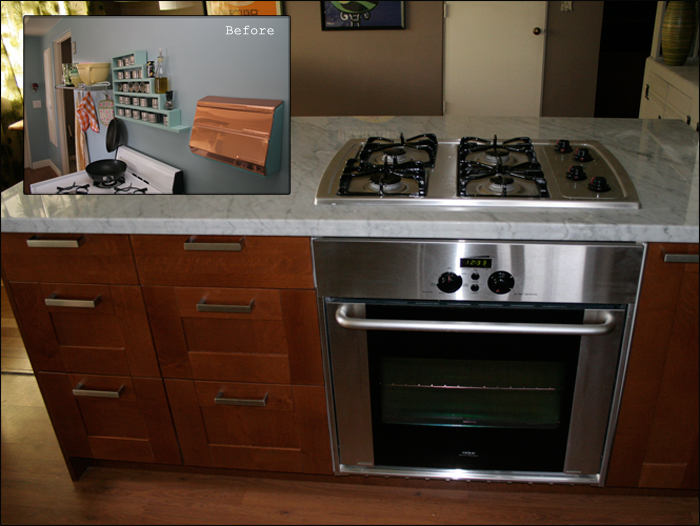 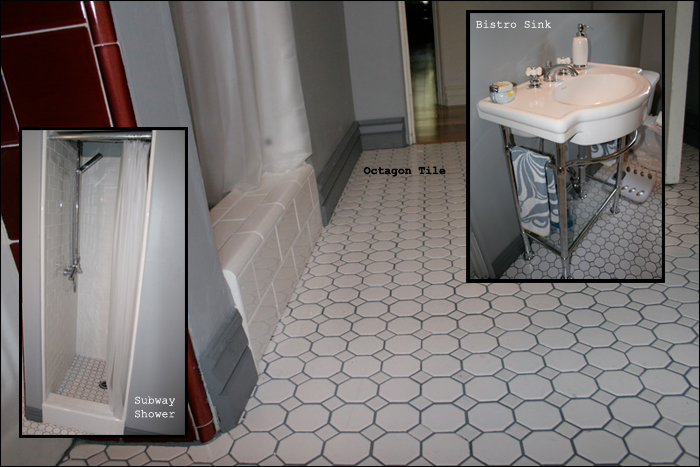 Remodel 2008: First, Andrew outdated the bathroom. Having varied from its original 1950's genesis, he decided to take it back.  Starting with the inspiration of hex tiles, he instead settled on octagon. Due to a glitch in the Home Depot computer he got the eight sided tile for 22 cents a sq. ft as opposed to $11/ sq. ft for six sided).  He then knocked down a closet and built a subway tile shower in its place. Replacing the sink with a console sink and framing a door leading to the master bedroom finished this project.

Then he started tearing down walls in the kitchen. Although the mess from the bathroom construction was an annoyance, the emotional distress from the kitchen remodel was truly traumatic. Washing dishes in the bathroom sink, cooking on an electric skillet and hot plate, not to mention the loss of her vintage cabinetry. But in the end the shine of the marble and the ability to open a drawer without excessive force won her over.

This is neither the start or end of Andy's handiwork. Next he wants to replace the carpet in the bedrooms, rehinge the front door, strip the wood ceiling in the entry way, and pipe the front flower box.