11ish - 12ish Balloon Send Off: New Year's Resolutions were determined, tied to balloons, and released as 2007 expired and 2008 was born

Get the full photo album on the even on Andrew's Anti Blog: Thomas Tells All

To our good friends who joined our family: Roger & Emily Childers, Clint & Sarah Hosman, your presence was appreciated. 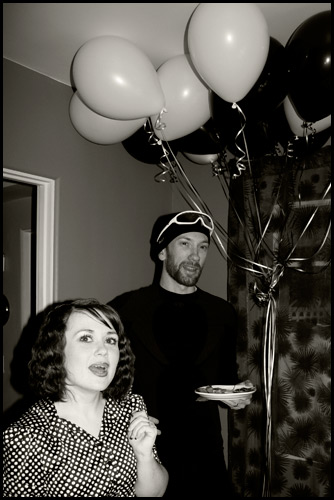