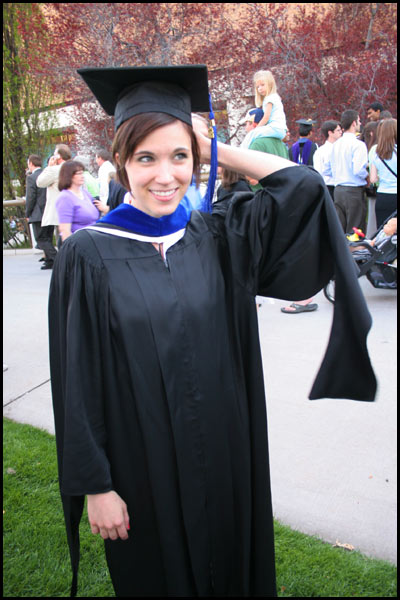 May 2006: As Hugh Nibley would say, "Clothed in the robes of the false priesthood" Reachel accepted her Master of Business degree from Brigham Young University. Her graduate robe was much smarter than the undergraduates because it had long, closed sleeves and a hood. And what a smart graduate, she used that hood as a purse for keys, phone, and lip gloss, now we know why she was in the top 10% of the class of 2006.

During commencement she got to sit by a gentleman who had been in Andrew's mission and had met Drew on his Brazilian return to promote Tahitian Noni(or to open a new area for health food distribution as he likes to call it). During convocation, she was seated next to the darling Anna Wingreen who used to live in the Enclave apartment building and Andrew was her home teacher. Isn't Andrew popular? 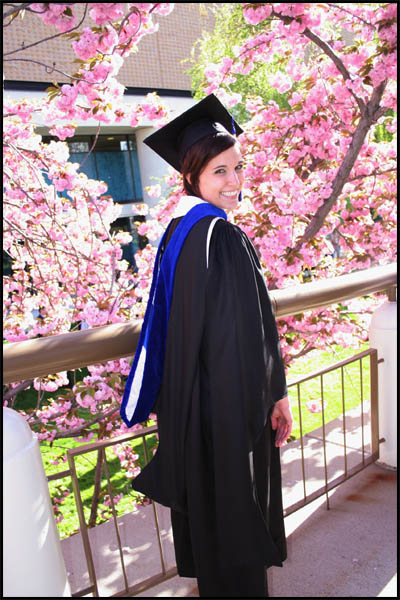