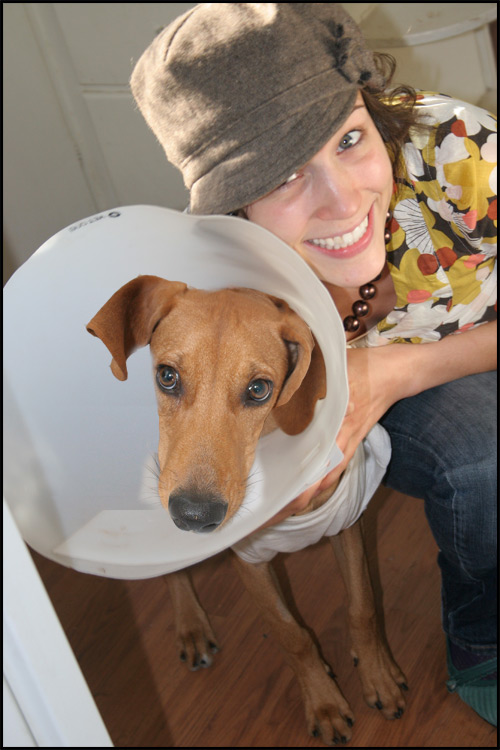 When Andrew and Reachel came home from Sunday dinner, Dixie was sitting on the couch in the living room, which is strange since this red headed princess is supposed to be kenneled in the kitchen. Upon further inspection her parents found little felt sugar plums strewn across the carpet amidst yarn, pastel pom poms, and glittered beads. Apparently Dixie had found her way out and decided to have a romp on the Christmas tree. She also had a good frolic on the bed, whose white background was covered with dirty puppy paws. Reachel was rather angry, but Andrew wished he had caught it on film. While Mom steamed and picked up the holiday carnage, Dad kept saying, "She must have been like a kid in candy store, can you imagine how much fun she had." Reachel didn't concur with him immediately, but they finally did agree, "it was the best Christmas present we could have gotten her."

But even Andrew agreed that actions need consequences. The next day, Dixie was spayed and had to wear an Elizabethan cone and 80's styled t-shirt for a week. Reachel and Andrew are confident she learned her lesson.