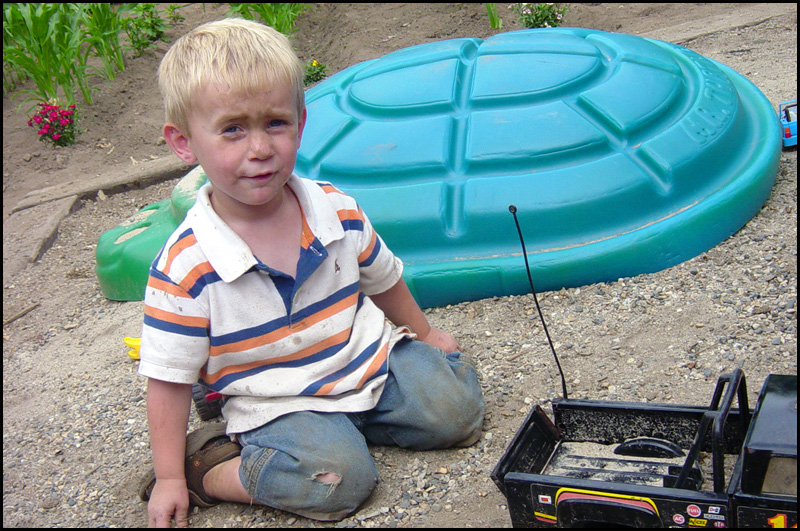 June 29, 2006:
Audio paints the truest likeness of Taylor Barton Osborne. Listen to my birthday message. Can you hear his ear for detail? He doesn't speak like most infants, softening T's and rounding R's. He meticulously utters each syllable, complete with studied voice inflections.

This remarkable 3-year-old can distinguish an excavator from a back loader and regularly keeps a quart of sand and up to 6 cars in his pockets. He meticulously picks out cars based on their wheels and can identify makes and models from 1/2 a mile away, especially Hummers. He prefers ToFurkey over the real deal and would kiss and pet his baby cousin all day long if allowed. More on Baby Daniel following.

Tay Tay lives in daily, intimate proximity to at least 8 adults, whom he sees as peers rather than guardians. Sure he loves Wheels on the Bus, but he'll sing you Johnny Cash's "Ring of Fire" if you ask him too. His parents, grandparents, aunts and uncles teach him all sorts of entertaining tricks, and you can tell who taught him what by his style of delivery.

As promised, a story on Taylor and Baby Daniel. Taylor was playing (as he does for hours at a time) in the sandbox with his uncle Jesse. Taylor was gushing to Jesse about everything he knew about his beloved pet cousin. During the course of the conversation Jesse playfully corrected Taylor's, "Baby Daniel" with "No his name is Baby Dogfood." Taylor protested, but eventually went back to building a foundation for his Grandma's new sand house. When he returned from his play, he tenderly approached his Baby cousin and said with a voice rich with sincerity and adoration, "I love you Baby Dogfood." You're probably thinking there isn't anything remarkable about that story, true there isn't. But as an Aunt I can tell you about it. 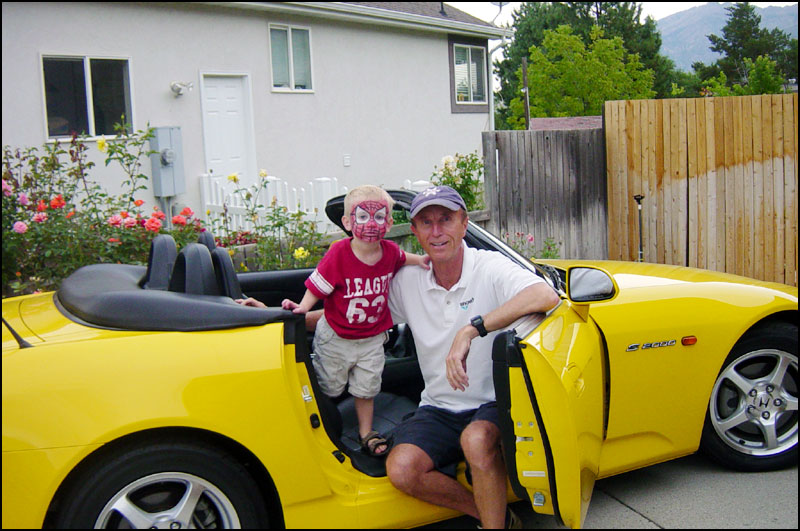