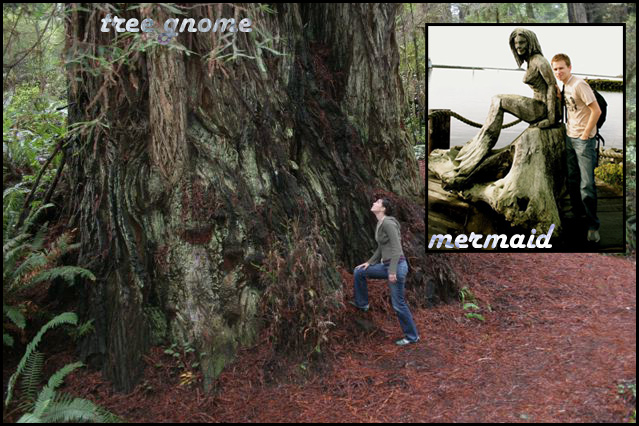 About 500 miles down the Pacific Coast Highway, Andrew and Reachel began to wildly clap their hands with joy. The cross-country pair had passed over fourteen charming bridges, through six quaint towns, and around five soothing lakes. But when the misty rain cleared and they drove beneath the magical canopy of redwood trees alongside the grandeur of mermaid infested crashing waves, they needed to physically express their mounting joy. As they stopped the car to tread on soft organic carpet, they were sure they saw gnomes and fairies dart behind and inside the colossal foliage. Andrew had never been happier as the curving highway proved the Mini’s ability to outperform a Porsche in the slalom. He declared every fifth tree to be the biggest tree in the world. From here on out, Reachel and Andrew vow to stay off the freeway whenever possible when traveling cross country. 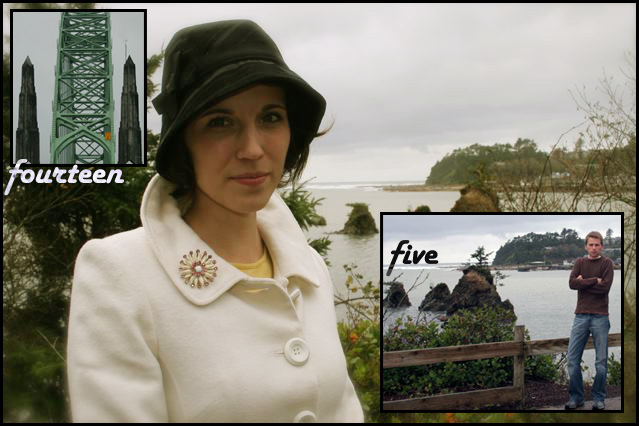 1. When the Mini ran out of gas crossing the border between the Beaver state and Golden state, BMW sent their complimentary fuel service out to rescue Reachel and Andrew while they sat comfortably watching Mission Impossible III. Hooray for Mini! Hooray for unexpected adventure!

2. Reachel did not learn to drive a manual on the drive home from Oregon. Andrew proposed a lesson at 12:30 am, about 32 hours into the drive home. Let’s just say, it didn’t go over too well. However, Reachel can now power up to sixth gear and get into gear on an incline. A monster feat for a self-proclaimed passenger.