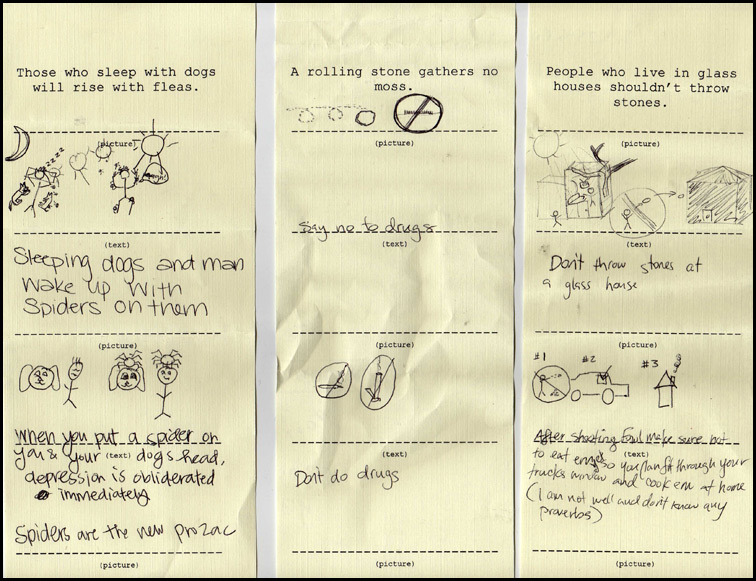 Telephone Pictionary is a group parlor game. It's best played with at least 7 (no fewer than 5) people, and an odd number of people is somewhat better than an even number.

Some notes to improve playability:
It's nice to have a sentence at the end, which is why odd numbers are good.
Inevitably, the papers will back up behind one player. It is vitally important that the papers remain in the correct order.