The comedy of Andrew's award-winning work party performance is even more intense considering his quiet, unassuming demeanor at work. He was very reluctant to take his role and practiced obsessively with a full length mirror for two days straight. Before going onstage, his last words were, "I'll consider it a success if I don't throw up." Not only did his group narrowly take the lead in votes for best "lounge" act, but he won outstanding performer of the evening by a landslide. He won $1,000 gift card to his establishment of choice. I guess those break-dancing lessons finally paid off. 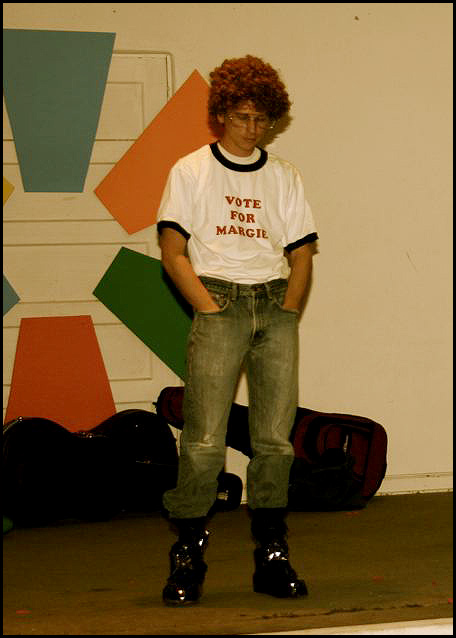