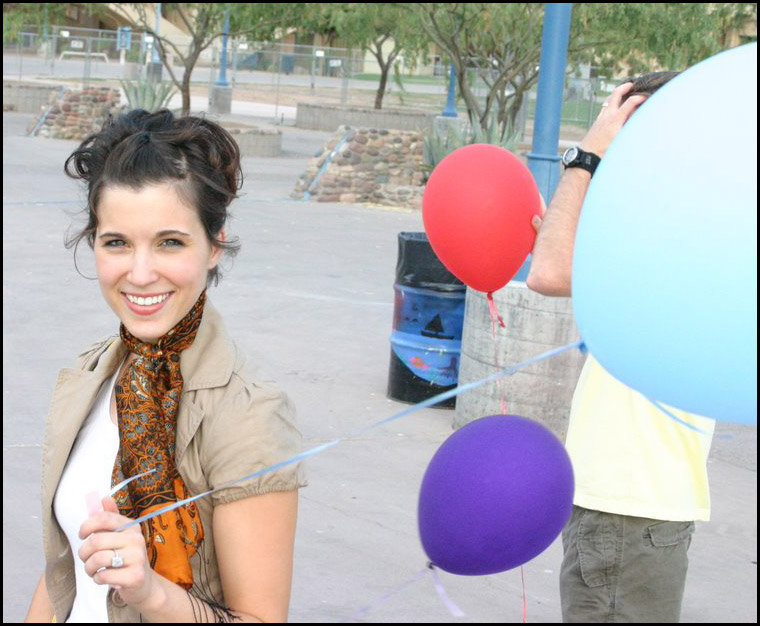 June 27, 2006:
On Tuesday, June 27th, the dear Nielsons were kind enough to let us join their charming birthday tradition of sending secret birthday messages adrift via balloons. It was romantic, in the true sense of the word, as Andrew, Reachel, Christian, Stephanie, and the god kids released their inner hopes for both Stephanie (25) and Reachel (26) into a hot and gusty Arizona wind. The party then churned away the last quarter hours of daylight in paddle boats on Temple town lake. Absolutely delightful.

On Reachel's calendar birthday, Andrew & Reachel dined at La Grande Orange watched a full-price movie in an chilly, air conditioned theatre (it was so Seven Year Itch) and ate gelato while discussing the Christian allegory of Superman Returns. They fulfilled their own tradition of restauarnt breakfast on the following Saturday at Crakers & Co. Cafe.